Jira and Scrum. What can plain Jira do and what it can’t? 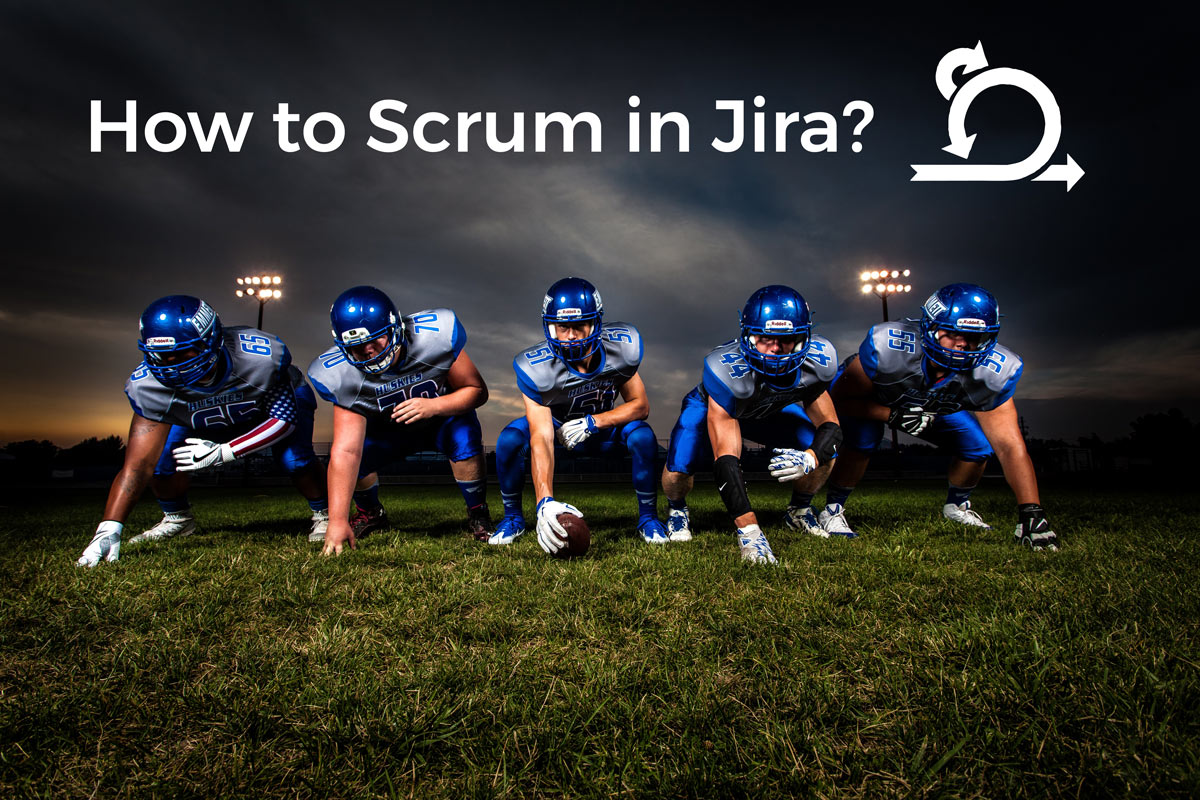 “Jira Scrum” has been increasingly popular on the Internet for the last 10 years (see Google Trends). So let’s check what plain Jira can and cannot do in terms of Scrum methodology. On the occasion we’ll show how people confuse Agile and Scrum.

Jira is a modern piece of software. It must support Scrum by default, mustn’t it?

Not so true. Yes, indeed Scrum got popular in the 1990s, and Jira made her debut as late as 2004. And yes, Scrum in its early days was largely adopted by software developing teams and the very same sector was accidentally targeted by Jira. But unfortunately two things happened: (1) the newborn Jira somehow focused on tracking thousands of fine software bugs and overlooked the Scrum revolution and (2) Jira was later adopted by organizations unrelated to software development who would have liked to match Scrum and long-term planning.

All in all Jira managed to catch up on Scrum by purchasing GreenHopper plugin and making the agile boards available in the more mature Jira Agile. But unfortunately they havent’t fixed the “Scrum and long term planning” issue. This is where you need a plugin, such as BigPicture.

Why do organizations wish to combine Scrum and the long-term planning?

ZARA case
A sucessfull clothing brand, they are known for acting agile on the strategic level. In ZARA’s shoes, could you afford not immediately reacting to ever changing fashion trends?

Well, this has to do with the Scaled Agile Framework and their famous SAFe® posters that boil down to this: you have to be agile long-term, too. With SAFe®, or LeSS, you can’t fix goals for the next 5 years.

Option 1: you could remain waterfall at strategic level

The 2017 Pulse of the Profession® research by Project Management Institute revealed that only 11% of organizations are fully agile. In other words the vast majority of world’s businesses are still waterfall to some extent. It’s so much easier to set fixed goals for the upcoming 6 months or 2 years, post them on the cork board and let the teams exercise their agility on the bottom-end, 1 week to 1 month “scrum” level so they can gradually complete those strategic goals. This is where plain Jira delivers, and here is how:

a. Create a Scrum board in Jira

There is a choice of Scrum and Kanban boards in plain Jira Agile. Kanban belongs to Agile, too.

b. Supply tasks to the board by selecting a sprint in “Edit Issue” window

The key thing with Jira’s agile boards is that you can switch between sprints. You could also divide the board horizontally by adding a custom “Team” field.

What’s the problem with this approach?

Since iterations in Scrum last anything from 1 week to 1 month you can only see that much of a timeline on a single screen. In other words you won’t see the bigger, long-term picture. This is the aforementioned Team level that Jira delivers. So, how to fit Scrum into higher – program or portfolio – levels of project management in Jira?

Option 2: you could retrofit your Jira with BigPicture

To utilize Scrum on Program and Portfolio levels you need to add a tool to Jira. Look at the Agile Board of BigPicture below – it is capable of delivering a panorama of the upcoming six months in your organization.

The Agile Board of BigPicture. Multiple Sprints on a single screen.

The new roadmap module of BigPicture is even more Scrum-compliant as it lets you set long term goals independently from tasks. 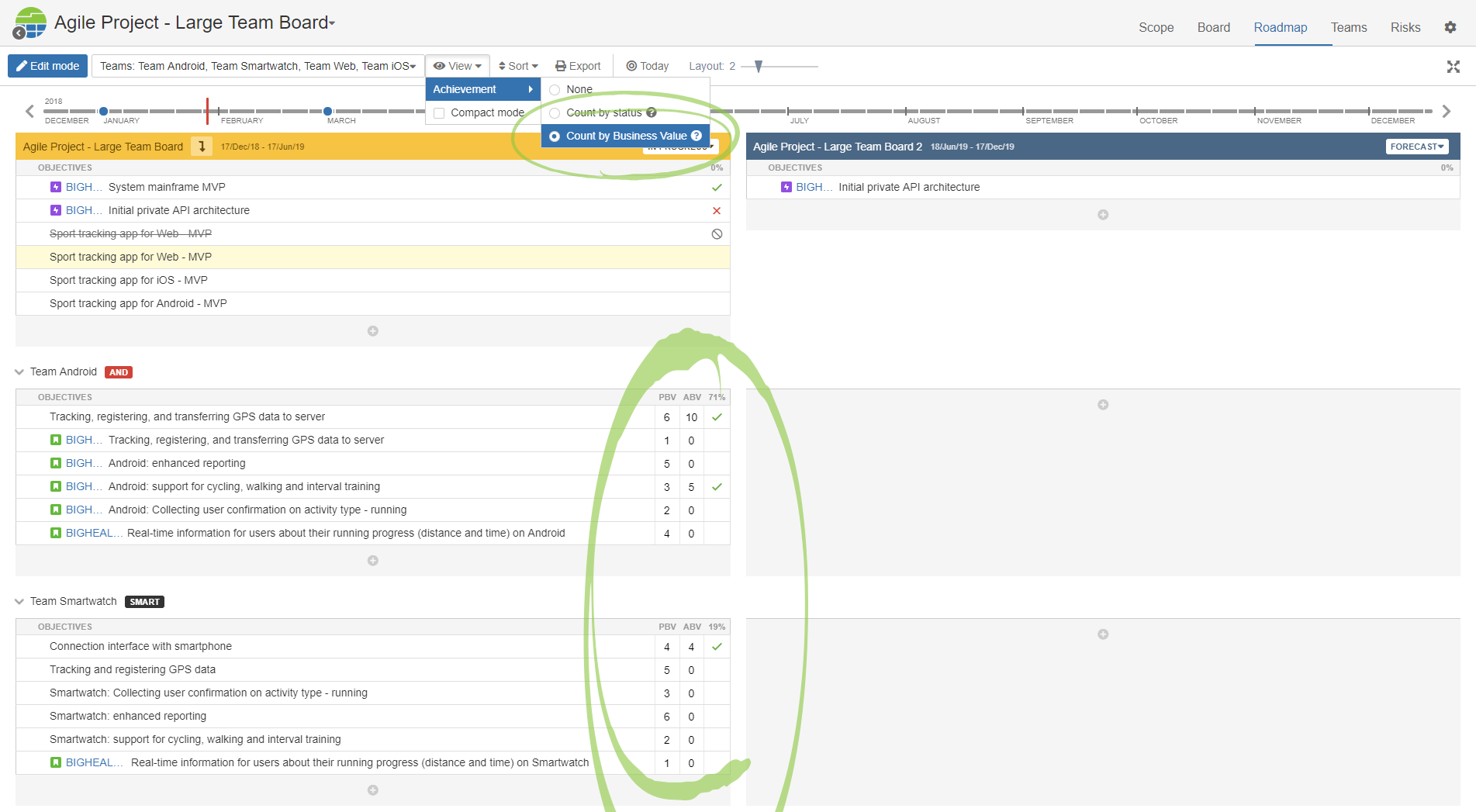 The term originates from rugby, where it literally denotes players packed tightly right before the game restarts. In project management Scrum means that:

Why have Scrum become so popular? Having begun a project you usually realize things you were not aware of initially. Think of a woodworking router you’ve purchased on eBay and a wooden address sign you are about to cut for your new vacation home. You’ve watched a tutorial on Youtube and are ready in your garage to begin your project. Having started carving you might realize that:

Scrums in project management and rugby share commonalities: they have similar number of team members, they occur periodically and interactions between team members are crucial in both. (C) Lakeworks Wikipedia / Whiteman Air Force Base.

Scrum is probably the most popular of agile methodologies, but there are others, such as Kanban and eXtreme Programming.

How do we know all that?

Since we provide training for BigPicture users around the world, we’ve seen various project management environments, especially in larger organizations.