Do you need Gantt chart View in Jira? How to have one?

Within Jira – both Jira Core and Jira Software, and Jira Datacenter – there is no true Gantt chart view. What added value does Gantt view bring to Jira? What subtle difference is there between “Jira Gantt view” and “Jira Gantt chart”?  Whereas so many brilliant Gantt plugins are available on Atlassian Marketplace, are some better than others, and how to tell the best? 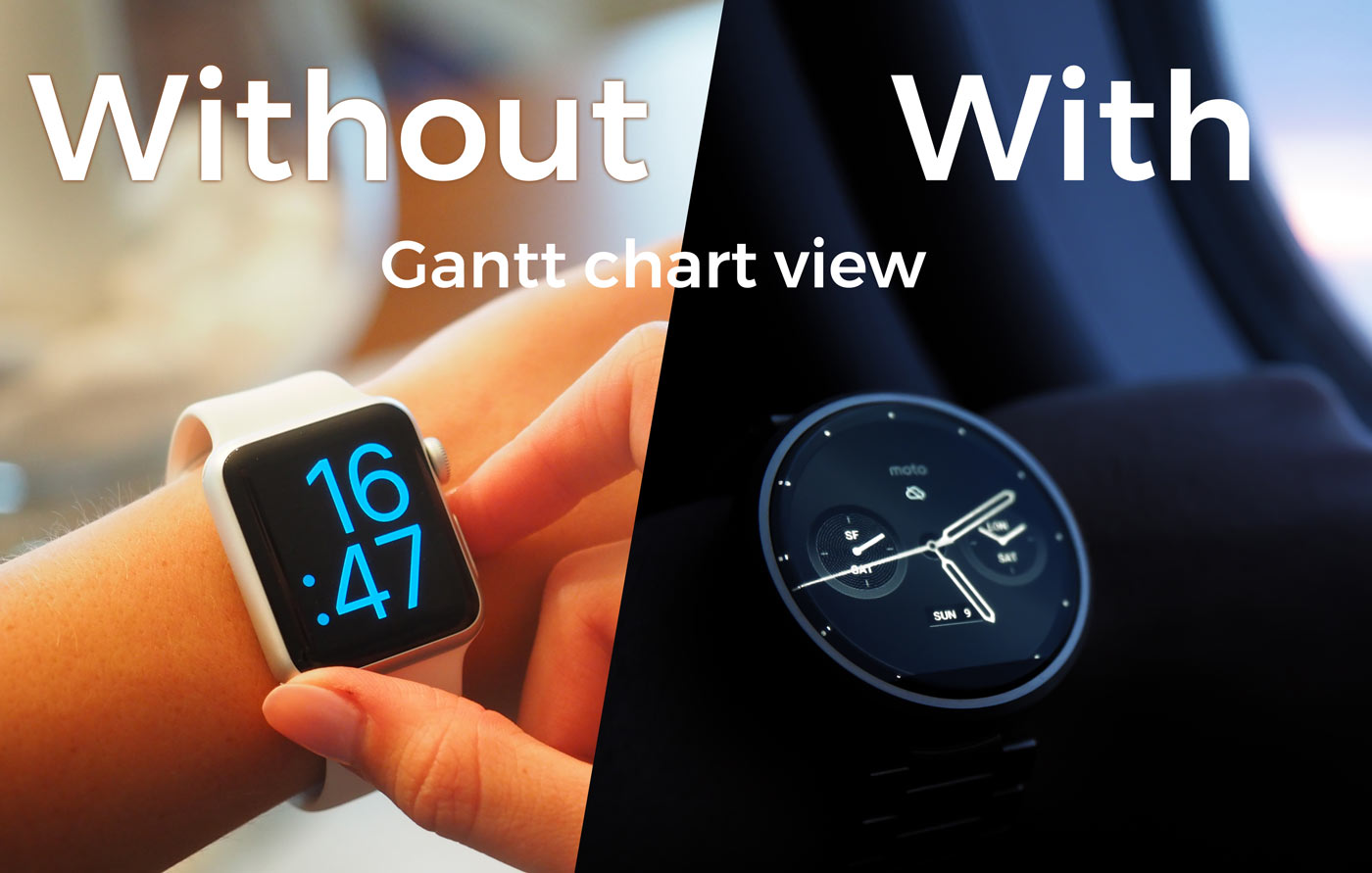 Gantt chart view in Jira positions the present in relation to the past and future. In other words, the Gantt view shows the in-progress tasks in some time context and also dependencies between tasks. Same as an analog watch.

Why is the Gantt chart view so crucial?

A mature Gantt chart view in Jira. Why mature? Not only neatly designed, but also with 2-way sync, i.e. drag&drop’s made to Gantt change both the bars on Gantt and data in Jira.

A simple analogy:  A digital watch tells you the time at a point in time.  It is correct and informative.  A traditional chronograph watch also tells the time at that point but you are able to see time moving forward into the future, a visualization of minutes and hours to come.

Is there any difference at all? For some insiders the two terms are equal.

For others a subtle difference exists and here is why:

Which Gantt chart plugin to choose?

Search “gantt” on Atlassian Marketplace and you’ll see around 10 Gantt chart apps. How different are they? Here is the BigGantt developers’ point of view:

Click a task on SoftwarePlant’s Gantt chart to immediately switch to the detail view of the task. Check other Gantt chart plugins for this.

Naturally, we would recommend BigGantt and the BigGantt module of BigPicture.  However, this would be highly biased.  There are other alternatives although one must thoroughly investigate the suitability and appropriateness of each solution to their own requirements and Jira environment.

BigGantt is a versatile tool, suitable for small user tiers all the way to enterprise scale.  Whether you apply agile or waterfall methodologies, or a combination of both, BigGantt delivers.  The Jira Gantt chart view allows interrogation of tasks and related subtasks, which could be agile sprints, by expanding collapsing parent-child relationships. Furthermore, the Jira Gantt chart view allows the PM to drag and drop tasks and sub-tasks along the timeline.  Such changes to tasks or even an adjustment to the project baseline in this way automatically change issue or task start and end dates and dependency links within your Jira data.

Example: Imagine an enterprise-scale organization operating multiple projects with multiple teams in the automotive industry.  Design, engineering, and production teams need to be closely coordinated.  Thousands of tasks and sub-tasks are dependent upon many factors.  The ability to drill down on the Gantt chart view in Jira to more detailed levels becomes ever more essential to visualize dependencies and control data of the overall project.

Is the Gantt chart that critical to project managers? It is impossible to visualize the project without one. A Jira Gantt chart view provides an “at a glance” status of your project’s progress, backlogs, dependencies of issues, and, most importantly, the critical path.