Is the prize well-deserved? 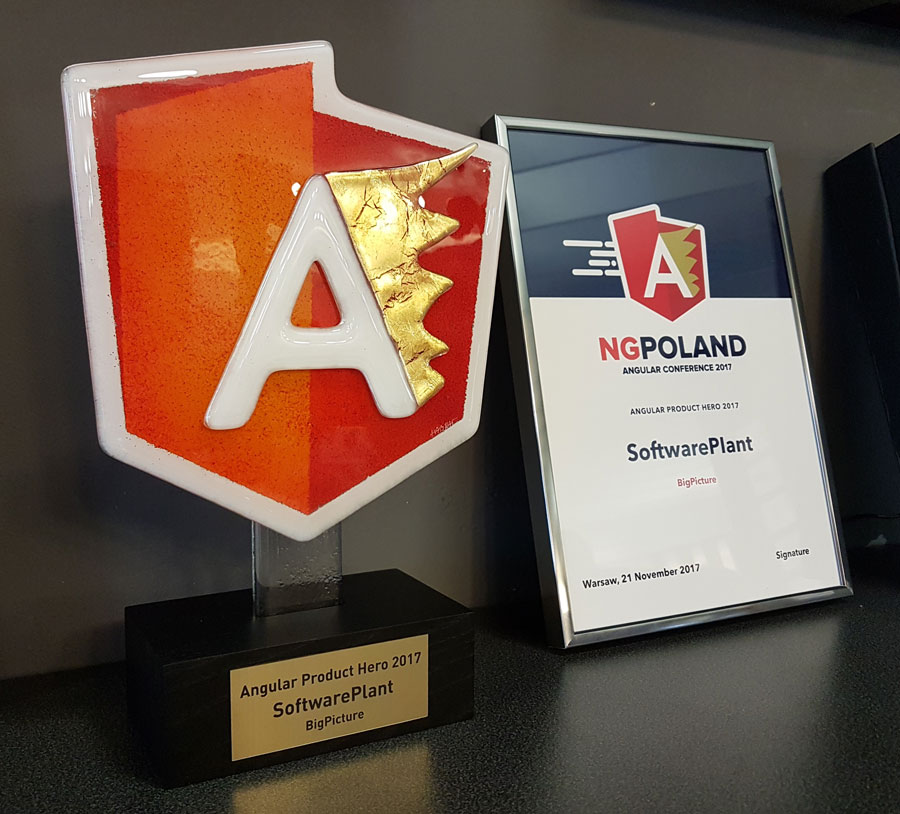 2017 Best Angular Product for small and medium size enterprises award. It went to SoftwarePlant for our BigPicture Angular-based app. Noticing the Republic of Poland’s shape anywhere on the photo?

“Best Angular Product for small and medium-sized enterprises” is the category we won in. Our six Angular-based Jira apps sell in thousands to enterprises in America, Europe, Asia, Africa, and Australia. And we’re seeing continuously northbound sales graphs. Some thirty people contributed to the award. However…

…we are looking for Angular developers

Just browse through our job postings. You could discover our office is located close to your home, as we lie in the middle of a peaceful residential area. Check praca Angular w Warszawie.

Hundreds of Angular developers visited from Poland and Europe. More than in any past year. We talked to a guest from Austria. They were about to launch a similar event an der Donau.

The lectures given by Angular tycoons (Todd Motto, Nir Kaufman among others) were in English. Eleven SoftwarePlant engineers attended the lectures, gaining the hands-on Angular knowledge.

We ran a contest, a GoPro camera was drawn among those who tweeted #SoftwarePlant and #ngPolandConf.

Only two Angular Product Hero prizes have been awarded. And we got one of them. Why? Only the products which had made it to the market, like our BigPicture had a chance to win.

The food was delicious and Darek, the ngPoland Founding Father lived up to the expectations. See you again next year!

Angular is like tennis. Prestigious and the wealthy play it (Intel, NBC among others). At the same time, Angular is relatively inexpensive to learn. Therefore, for those programming in Angular, a 100-buck ticket to ngPoland may come as a surprise…

NG Poland advertises itself as the biggest, developer-oriented Angular conference in Central and Eastern Europe. Gurus are present, Todd Motto, Nir Kaufman and Dariusz Kalbarczyk among others. Local employers are present. Hundreds of developers are present. SoftwarePlant, the major Angular employer, was present in 2016, 2017, and we’ll attend NG Poland in 2018, 2019, 2020 and on. So, it’s wise to be there. NgPoland 2017 took place in Zlote Tarasy conference center, central Warsaw.

Research the job offers of those recognized and prized by ngPoland…

So, is it worth educating yourself in Angular?

Well, Angular is a Google-maintained framework for web applications. It’s relatively easy to learn, especially for those with JavaScript background. In addition, HTML makes its part. And it’s open source. As a result twelve thousand out of one million websites tested in 2016 used Angular.

Hence Angular experts are being battled for. We are looking for Angular 2 professionals, too. Check the job postings. 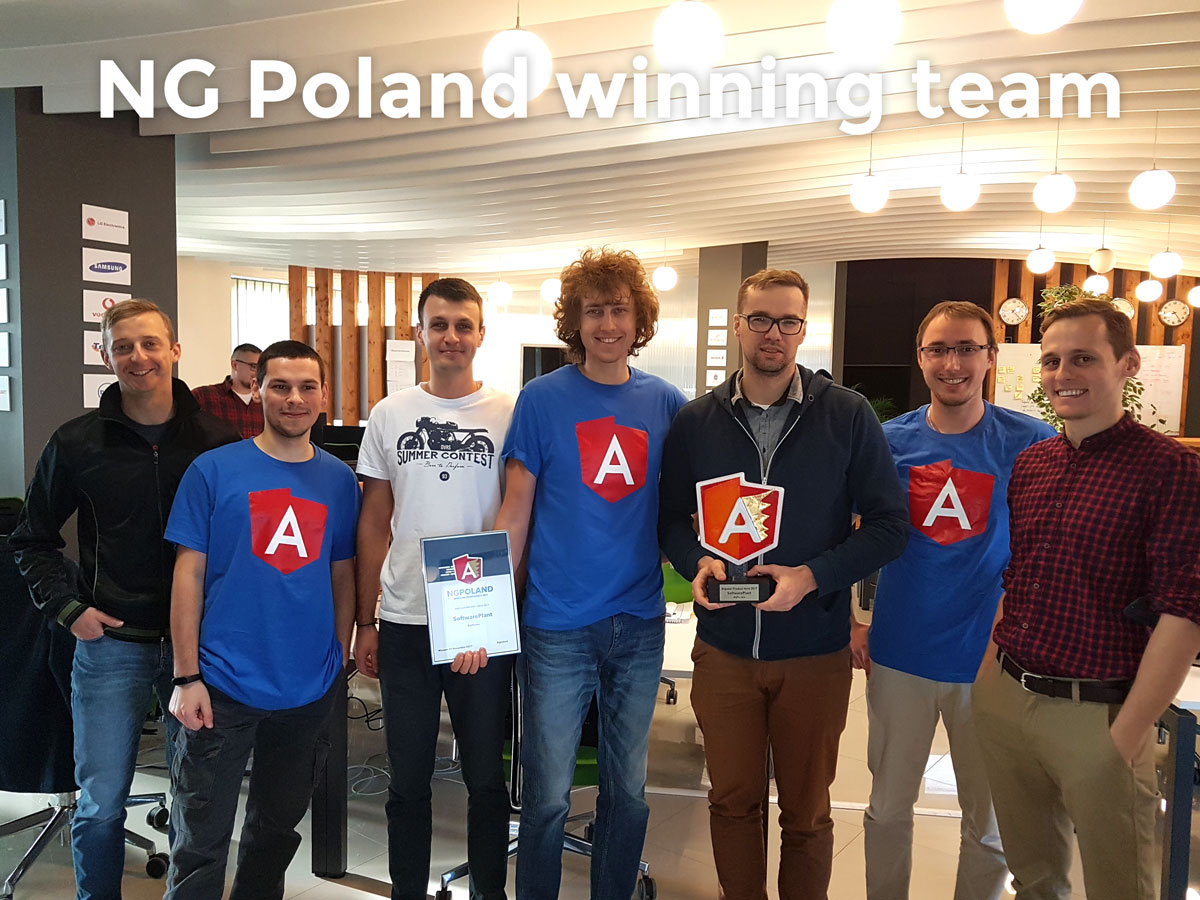 The winning team. The well-deserved Angular Product Hero 2017 statuette is in experienced hands. Would you like to join in?